Prominent ears can be a socially devastating condition for young children. Typically, prominent ears are caused by one or both of the following conditions: the bowl of the ear (the cup of the ear adjacent to the ear canal) is not setback far enough, or the ear is lacking a fold in the upper part of the ear. Otoplasty is a surgical procedure that corrects both these areas in order to improve the shape and the prominence of the ear. 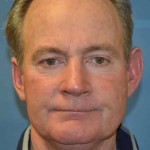 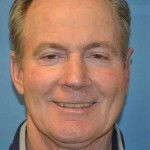 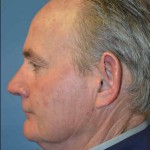 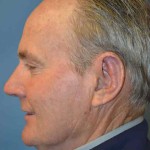 Before and 3 weeks after an in-office left-sided otoplasty performed by Dr. Ondik

Ideally, the ears are altered between the ages of 4 and 6 years, before class-room teasing typically begins, however, the surgery can be performed at any age. The surgery is all performed through incisions hidden behind the ear. Sutures are used to reshape the ear and occasionally small amounts of cartilage and skin are removed to allow the ear to attain its new shape.

During the first week, a dressing will be wrapped over the ears in order to allow the ears to heal into their new position. Afterwards an elastic headband should be worn for several weeks.

Liquid Facelift - Couldn't Be Happier! I was very hesitant to make that initial call but had heard good things about Dr. Ondik and decided to go for a consultation. Dr. Ondik was wonderful -- he really took the time to evaluate, make suggestions as to what was best for me and answer my many questions. His office staff was great and it was evident that they care about their patients. The end result was a combination of Botox and filler and I’m thrilled with the results!! I’m really looking forward to my next visit. I plan on asking about the other procedures and services that Dr. Ondik and his practice offer.

Upper Blepharoplasty Thanks to you, Dr. Ondik, for the youthful appearance that you restored back to my eyes. The results were incredible. I am very grateful to you and your assistant. You’re highly recommended in my book.